Looking for Paddington Removals? Call us now on 020 3970 0488 to book the best Removal Service in Paddington with Amazing Moves.

Paddington Movers at Your Service 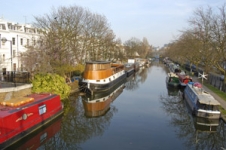 Moving to this City of Westminster district certainly has its benefits. But no matter where you are moving to, you want the process to be as free of hassle and as affordable as possible. That's where Removal Company comes in. With years of experience moving people in and out of Paddington, it's easy to see why so many customers are satisfied with our removal services. Call today on 020 3970 0488 to find out why so many others have used our moving crews in Paddington. Our record of success will speak for itself.

Paddington certainly has a lot to recommend it as a place to live. It is services by Paddington Station, which is also one of the district's most impressive landmarks. The station serves many rail lines that head to the West as well as Heathrow Airport, which is pretty convenient when traveling abroad. Within the station, you can see two impressive statues. One is of the engineer who designed the landmark station in 1847, Islambard Kingdom Brunel. The other statue is of the well-known and much-loved children's book character, Paddington Bear. The latter hailed from far-away Peru, but arrived in England, traveling through Paddington Station. The first of the famous books that have inspired generations of children arrived in 1958 and feature the friendly bear being found by a family in the railway station, hence the name.

There is much regeneration happening in Paddington, especially around the railway station. The Paddington Waterside project includes a number of redevelopment schemes. Paddington Basin is one of the sites that has seen a great deal of revitalization. Head there to see the famous Rolling Bridge, which more accurately can be described as curving. It rolls up so that vessels can pass along the canal, but the rest of the time serves as a footbridge for pedestrians - a unique sight in Paddington. 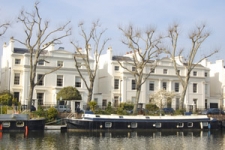 Paddington is also home to St. Mary's Hospital, a major London teaching hospital, where a few major biomedical discoveries have happened. But if you live in Paddington, you will likely spend more time at the Paddington Recreation Ground than at the rail station or the hospital, despite their fame. This large open space is one of the largest in the City of Wesminster and has plenty of attractions and sports facilities for kids and adults alike. You can choose to spend your days off at the cricket green, the rose garden or the bandstand. With playground equipment and a café, you can spend leisurely mornings with the kids or head there on the weekends for tennis, a running track and much more. You can also walk just five minutes from Paddington Station and find yourself in Hyde Park, one of London's most popular and its largest.

For Paddington removals, there's only one company that you should think of calling - Removal Company. We will have you all moved in and ready to start your new life in Paddington in a jiff. Plus, our prices are some of the most affordable around and you will find all the removal services Paddington that you could possibly need. Call today on 020 3970 0488 or get a free quote online - we're standing by, ready to respond. The City of Westminster parking services can be accessed here if you are moving in or out of Paddington. It's important to reserve a spot, so that you removal can go as smoothly as possible and you won't have to haul furniture further than necessary. You can also call on 020 7823 4567 for more information about parking in Paddington. Leave the rest up to us!.

I couldn't move to Paddington on my own. I got a man and van team from this company to help. I got them on board for a great price, and they were a massive help on the day.

The other Paddington moving company I called was super expensive. Amazing Moves, which was referred by a friend, had affordable rates and an excellent moving crew. I would be happy to hire them again.

Getting to grips with everything that needed to be done regarding my removals job in Paddington was proving to be an almighty headache for me. Luckily, I was then able to rely upon the expertise of Amazing Moves and their specialist moving staff.

The office relocation to Paddington didn't take any effort on my part. The only bit of effort I made was calling Amazing Moves. I left the rest in their capable hands, and they proceeded to provide a brilliant service.

Excellent service! I am so proud of having moved back here in Paddington and am so happy I was able to get the help I did with the movers.

The movers were experienced, and I could pick this up during the packing and moving the stuff, especially the furniture. Not a single thing got broken. Best in Paddington, for sure.

If someone told me I could be this happy with a removal company in Paddington, I'd think they were mental! But Amazing Moves made my move simple and quick.