Looking for Uxbridge Removals? Call us now on 020 3970 0488 to book the best Removal Service in Uxbridge with Amazing Moves. 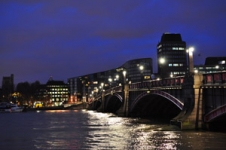 If you are looking for an utterly easy removal to Uxbridge, look no further. The best option for the most affordable removal is to call 020 3970 0488 today and you’ll be on your way to an affordable removal with the best Uxbridge Moving Company around. It can be hard to decide just which removal services you will need. One way that you can begin to understand what will be required for you removal is to have a removal assessment done by Removal Company. We offer this service as a way for our customers to best prepare for the removal. It gives them information about what size moving vehicle or storage unit they will need; it tells you how many moving boxes which moving supplies you will need, and it will give you a good idea of the size of the job. Call now for a free quote with no obligation.

The town of Uxbridge is located in west London and it is the administrative hub of the London Borough of Hillingdon. While still officially within Greater London, it is right at the edge, a full fifteen miles west-northwest of Charing Cross. It is also one of the London Plan’s major metropolitan centres. It became a municipal borough in 1955 and since 1965 has been a part of Greater London. Uxbridge is quite an important commercial and retail area of Greater London and is also where Brunel University is located. Buckinghamshire New University also has a campus there.

The town is important because of a number of historical events that have taken place there. One of those events was the attempt at negotiations between the Parliamentary Army and King Charles I. Today, there is a pub, called the Crown and Treaty, which stands where the negotiations were attempted. It is also the location of the coordination bunker for Southeast England’s air defence during the Battle of Britain. 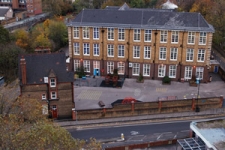 Urban development in Uxbridge saw the first police station built in 1871 and by the beginning of the 20th century, most of the town was connected to the energy grid by the Uxbridge and District Electricity Supply Company. Today, there are two shopping centres in Uxbridge. One is The Mall Pavilions and one is The Chimes. Much of the centre of the town is designated for pedestrians and there are independent shops on Windsor Street, just of the High Street. Residents also enjoy watching the matches of Uxbridge’s Non-league football club, Uxbridge FC. They play at Honeycroft in West Drayton.

As your move out day nears, there are a number of tasks that might start to pile up. Using our handy removal checklist is one way to avoid the stress of last-minute jobs. You can also make your own list so that you have an idea of just how much work goes into packing everything up, transferring your medical records and getting everyone and everything safely to your new home in Uxbridge. For removal services such as transport, loading and unloading of the moving vehicle, finding Uxbridge storage and much, much more, you have only one simply task to compete. What is that task?. A simple phone call to Removal Company on 020 3970 0488. You can get started with a free quote and discuss your removal needs with a knowledgeable customer service representative. One word of advice from the company with plenty of experience moving people in Uxbridge: reserve a parking space with the borough for the moving vehicle right out front of your new home, to speed the whole process along.

My home removals to Uxbridge couldn't have progressed more smoothly. It was a pleasant surprise because I was anticipating a stressful process. This company made sure that didn't happen.

A friend of mine recommended Amazing Moves for my big move back to the Uxbridge area. Their prices are reasonable, and the fellows seemed to know what they were doing.

Their movers excelled and impressed in Uxbridge where I thought they'd falter. Amazing Moves provided a brilliant service, one that my family and I were very grateful.

This moving company gave me a great quote, managed to save me a lot of money when relocating to Uxbridge.

Amazing Moves is a removal company in Uxbridge that has always done top work for me, when I needed to move to a new place. Would suggest anyone try them.

My fiancee hired them for a move to Uxbridge today as we were moving in together. The movers were on point.

Based on my experience with Amazing Moves, I would highly recommend them to anyone in need of a Uxbridge removal service.