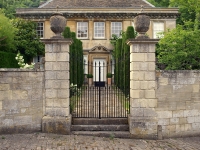 While doing some preliminary research online to find the right moving company is a good idea, it can still be hard to choose when there is so much information out there. After viewing the sites of a few removal companies, you may be feeling more indecisive than before. That's normal. One of the ways in which people choose a moving company is to get a quote and compare pricing. Call us now on 020 3970 0488 to get one for your TW1 home removal or office removal, so you can make an informed decision. Another way to choose the right company for you is to rely on a referral from a friend or family member. Check out our customer reviews, ask your friends and neighbours and find out first-hand what people like about us.
And if you are still not feeling sure, you can start by hiring us for just one service, testing the waters, so to speak. If you like what we offer, you can always build on that service to make a complete removal. Remember, we offer TW1 storage, packing supplies, transport, packing services and a man and van TW1, so you can get absolutely everything you need for your removal right here at Removal Company. Email us or ring us now on 020 3970 0488 for more information.

The TW1 postcode district is the first of 20 in the Twickenham, or TW, postcode area. This postcode area is part of 13 different post towns in areas of southwest London, Berkshire and Surrey. In London, the boroughs covered include Richmond upon Thames, Hillingdon and Hounslow as well as the Royal Borough of Kingston upon Thames. In Surrey, the Runnymede and Spelthorne boroughs are served and in Berkshire, the Royal Borough of Windsor and Maidenhead is covered. The postcode districts are numbered TW1 through TW20 and the entire area is surrounded by the Southall (UB), London W, London SW, Kingston upon Thames (KT), and Slough (SL) postcode areas. The mail for the people and businesses in the Twickenham postcode area is sorted at a facility at 109 London Road.

The entire eastern boundary of the TW1 postcode district is the River Thames, as it snakes its way through Marble Hill Park and King George's Fields. The former is within the TW1 postcode district, while the latter is across the river. The district's northernmost point is just across the river from the Royal Mid Surrey Golf Course and St Mary's University College Park is in the southern end. St Mary's University College is here, of course, as is Marble Hill House and the Twickenham Rowing Club. This suburban residential area is not far from the larger town of Hounslow, but is closer to Richmond. It is served by the St Margarets (London) rail station, bringing commuters into London. The TW1 postcode district officially covers Twickenham, Strawberry Hill, and St Margarets and is in the Richmond upon Thames local authority area. It is part of the TWICKENHAM post town in Greater London. 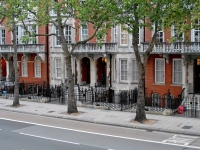 Since TW1 is in the Richmond upon Thames council, it is crucial that you view the council's website when you have settled on a moving date, so you can reserve a parking space for the moving van or lorry. This will not only save time, but could also save you money by preventing any parking fines. We have plenty of ways we can help you move, but one of the best ways to start is with a removal assessment of your home or office. Call now to schedule one today.

We took advantage of much of their moving services in TW1 and found that it was the best way to go. Letting them do the packing and unpacking, disassembling and reassembling, took a massive load off of my mind.

Nothing untoward to report, as our domestic house removal to TW1 was nothing short of perfection.

I moved to TW1 with the help of their man and van team and enjoyed a stress-free experience in the process.

The office relocation job I set TW1 went smoothly. Amazing Moves handled the move brilliantly. No one had to babysit them. We let them get on with the job. They followed the protocol and completed our stress-free move.

The movers were punctual, polite, reliable, trustworthy and it made for a brilliant service all-round. I highly recommend Amazing Moves.

Five stars for these movers! They moved us to TW1 on a cold winter day. Friendly and hard-working!

Leaving positive feedback for a moving company that most certainly deserves it! From the very start, Amazing Moves made this a pleasant situation. Not only did they stick with the original price quote, but their home removal crew made sure that my belongings arrived to TW1 in perfect condition.