Do You Want to Be Happy about Your HA4 Home Removal? Then Hire Removal Company Today! 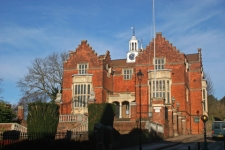 We hear too many stories of people who are sorely disappointed in their moving companies. Maybe it's because the van was not in good condition, or the crew showed up late. Maybe they are unhappy because of the expense and poor customer service. But when you hire us as your HA5 removal company, you don't need to worry about any of that. We aim for happy customers, and in order to achieve that goal, we have to provide great customer service, fantastic removal services at fair prices and prompt, speedy removals overall. It's a simple equation, which we've stuck to again and again. The results are clear: successful removals equal happy customers, so why would we do it any other way?.

If you've ever been disappointed by a man with a van service or another moving company, you are probably hesitant to go through the experience again. But rest assured that we at Removal Company do things a little differently than most of the firms out there. You'll notice the difference right away - when you ring us on 020 3970 0488, you'll actually be able to speak to someone straight away and you'll be able to ask questions and actually get answers. One of those answers is a free quote, which you can have as soon as you ring today. Go on, try it!. 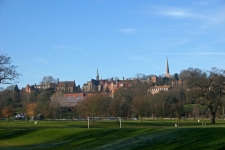 The Pinner Hill Golf Club, Roxbourne Park, the Montesole Playing Fields, and Pinner Village Gardens are the largest of the open spaces in HA5. This part of London is not very heavily populated and houses are spread out along country lanes, as opposed to neatly rowed on parallel streets. It is certainly more suburban than areas more centrally located in Greater London, although it is not too far from some of the city's major centres. The Watford postcode area is to the north, while London NW is east, London W is south and Southall is west.

Parking for the moving van will be essential for the loading or unloading of your belongings. Check with the Harrow council for info on how to reserve a spot. In today's busy times, finding happiness can sometimes be quite elusive. There are worries about the economy, worries about the environment and other worries that are too many to list here. But that doesn't mean that you can't find happiness in your home removal. While it may not be much compared to world peace, it can certainly ease your state of mind and have you feeling a bit more relaxed. And it doesn't take much to achieve - one quick phone call to 020 3970 0488 can get you on your way today!.

I was able to get help, the assistance I needed in HA5, from a man and van team from Amazing Moves for a great price. The service was exceptional. I was amazed at just how cheap I was able to hire the help for too, not that I was complaining!

Thanks to these amazing movers, for once, the moving house went well. These movers are professional and well-trained. They get the move done in half the time quoted by other moving companies in the HA5 area.

I utilised their moving services when moving to HA5 and the service couldn't have gone better. They impressed throughout, and it resulted in me actually enjoying the move.

I called Amazing Moves, and hired their house moving specialists as I was in desperate need of urgent help to help me move to HA5. This company responded to my request, we're able to help and did so brilliantly. They aided and assisted me in every step of the way, made moving day progress without a hitch, which was remarkable considering I'd hired them on such short notice. It was cheap too, which was just an added bonus.

Happy with the moving service with these guys. I couldn't find a good option in HA5, until I found and tried them.

I have used more than a few moving services in my time, but this particular company has been the best by far. Their rates are some of the lowest in HA5, and the movers were absolutely fantastic.

Best house removal we've ever experienced in HA5. Highly recommend Amazing Moves to one and all.