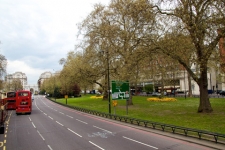 Removal Company is a W3 moving company specialising in home and office removals. We can handle large removals as well as smaller ones, but we can also provide a W3 man and van service for those budget removals as well. Many people don't know how many different kinds of removal there are, but in reality, it is impossible to count. That's because each removal for each home or office or family is different from the one before. No two removals involve exactly the same set of furniture, or the same number of boxes and valuables. And no two removals are the same because no two customers are the same. For your individual removal, expect individual service and a removal designed to fit your needs, not someone else's. But you can only expect that when you hire Removal Company, the W3 movers who will make your removal bespoke, just for you and your belongings.

The benefit of a custom package of removal services is that you will know exactly what to expect from the movers W3 when they arrive, and you will know exactly what everything will cost in the end. For a free quote that includes the cost of insurance, call us now on 020 3970 0488 or use our online calculator. Find out what the best removal services for your move are today.

The London W postcode area is how the Western and Paddington postcode area is often referred to. The two districts - Western and Paddington - became one area that covers a large part of west London. All of the districts are within the LONDON post town. The 14 districts beginning with W1 (W1A, W1B, W1C, W1D, W1E, W1F, W1G, W1H, W1J, W1K, WS, W1T, W1U, and W1W) are in the Western district, while the rest (W2 through W14) are in the Paddington district. The W1 and W2 districts are closest to central London and the others extend to the west. The Paddington postcode districts, W2-W14, cover a section of the City of Westminster, as well as parts of the Royal Borough of Kensington and Chelsea and the London Boroughs of Brent, Ealing, Hounslow, and Hammersmith and Fulham. 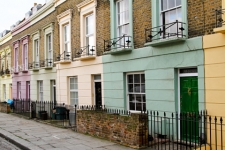 The W3 postcode district is sometimes referred to by its historical name, the Acton district. It covers Acton, West Acton and East Acton. The local authority areas are Hounslow, Hammersmith and Fulham, and Ealing. While the W3 postcode district does not have a riverfront along the Thames, it is just north of London's famous waterway. Gunnersbury Park is the district's largest open space, which is in the southwestern tip of the district, just north of the M4. This relatively high-density area is also home to the North Thames Gas Board Sports Ground and Acton Park. Its eastern boundary is Old Oak Rd and to the north the rail line along Western Ave serves as a boundary. There are plenty of Tube stations in this part of London, connecting residents to other parts of the city for work or school.

The boroughs of Ealing and Hammersmith and Fulham are the local authority areas, which means that you will need to contact one or the other council to determine how to save a parking space for your moving vehicle in front of your new home or office on moving day. Even on a weekend it can be hard to find a parking place for a large vehicle and you certainly want to make sure that the van can park right in front of your door. We have plenty of cost-saving tips on this website, or you can call us now for more information.

Best office staff ever! I asked their moving company specialists so many questions before I signed up, and they were just so kind and patient. Can't put a price on that type of customer service in W3 or anywhere.

Helpful and professional moving company in W3. Upon the first contact, they made sure that we knew how to organize ourselves before moving day. This meant creating a schedule of when to do what and making sure we had enough packing supplies.

Their movers made the move to W3 very easy on the day. They gave me a very competitive quote too. I highly recommend this company.

Amazing Moves has been absolutely fabulous with our W3 move. The moving crew was on time and complete professionals throughout the entire moving process. I would be happy to pass their number along to friends.

Going into my move to W3, I was concerned about the transport of some antique. However, when I saw how careful the movers were, I realized I had nothing to worry about. They were quite fastidious! Wonderful service!

The entire move to W3 was carried out in a professional manner. I do not hesitate to endorse this removal firm.