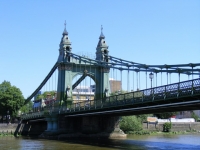 Getting things done quickly is usually a good thing, especially if the task at hand is an unpleasant one, like sorting or packing. But getting things done quickly doesn't always mean that they are done well. If you don't want to trade quality for speed, then you have one choice when it comes to W6 removal services - us!. We not only do things quickly, but we do them well. This efficiency is what sets us apart from the rest and has made us the go-to W6 moving company among many happy customers. Anyone can throw things in a box and load those boxes onto a moving truck, but it takes skill to pack everything properly so that nothing gets broken or damaged. It then takes more skill to load all those boxes and crates and articles of furniture onto the moving vehicles to ensure their safety and security. Why not trust the company with experience, the company with a professional team of movers and friendly customer service reps?. Why not trust us with your removal?.

For W6 storage solutions, packing services, delivery of packaging materials and much more, there's only one phone number you need to put into your speed-dial: 020 3970 0488. Call it now to get your free quote and to find out more about what we can do for your W6 move. 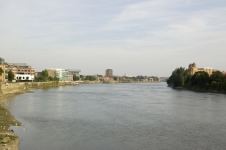 The W6 postcode district is in the Paddington district and is also known by its historic name, the Hammersmith district. Its coverage area includes Hammersmith and Ravenscourt Park. There are two local authority areas involved in the governing of this district, Hounslow and Hammersmith and Fulham. Much of the western boundary of the postcode district runs along the River Thames, from St Peter's Garden to the area across the river from the London Wetland Centre. The W6 postcode district is home of the famous Lyric Theatre, as well as the renowned restaurant, The River Café, which draws foodies from all over the world. Ravenscourt Park is its largest green space, but there are a few other smaller ones scattered about. The district is roughly divided in two by the A4, or Great West Rd, which runs east to west through its middle.

While you're wrapping up details like which removal services to choose, remember to visit the website of your local council - either Hammersmith and Fulham or Hounslow - to find out how to arrange parking for the moving vehicle on the day of your move. This time and money-saving tip is just one of the many you'll find free on our site, but for even better info, call us on 020 3970 0488.

No words! Impressed with the lengths these movers went to in securing my belongings during the trip to W6.

If you live in W6 like me, then you will understand the importance of a moving service. This type of company has saved me time and money. I don't have to struggle to move. I can just worry about taking my personal belongings. Everything else, they can handle without me.

Hiring this removal company meant that I could relax on the day, just enjoy my new home in W6. I left the job in their capable hands and felt confident that everything was in control. They didn't let me down.

We finally convinced our mum to get rid of some of the stuff at her W6 home. She's a bit of a hoarder and tends to keep EVERYTHING. We rented a nearby storage unit and she allowed us to move quite a bit of furniture and boxes. We hired Amazing Moves to help out. The movers were great and have very reasonable rates.

The moving service was prompt and professional. They arrived at my new home in W6 before I did and were patient with my delay.

Affordable removal firm in W6. The booking process was simple and straightforward. The removals team arrived on time. All items were transported in a professional and secure manner. Will recommend.