Looking for Soho Removals? Call us now on 020 3970 0488 to book the best Removal Service in Soho with Amazing Moves. 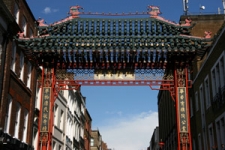 Pack up the boxes, load up the car and you're off, right?. With home removals, it's usually not quite so simple. This is especially true if you have been living in the same flat or house for a number of years. It is unlikely that you will be able to fit most of what you own in your own vehicle, and there are plenty of other tasks to take care of other than just the packing. One thing that can really help is hiring Removal Company to take care of the removal for you. From packing supplies and materials to short or long-term storage solutions, we have the answers for you. From packing services to transport services or Soho Man and Van services, 020 3970 0488 is the only number you'll need to call.

The entertainment district in the City of Westminster known as Soho is part of London's West End. This former seedy area is full of nightlife venues and is a hot spot for the film and television industries. Now, Soho is made up mostly of fashionable shops and restaurants and offices of media corporations, with little of its former darker side. Unlike SoHo in New York City, whose name comes from “south of Houston”, London's Soho gets its name from a hunting cry. It was once a park, part of the Palace of Whitehall, but is now one of the most high-end parts of London.

Soho was the place where the physician John Snow identified the source of a cholera outbreak as being a public water pump, and this discovery led to great changes in the field of public health. But most of Soho's fame comes from its role as an entertainment hub, beginning in the middle of the 20th century at a place called Club Eleven. This club became the source of the UK's modern jazz style. Another famous venue, the Marquee Club, has the distinction of being the first place where the Rolling Stones performed in the early 1960s. Tin Pan Alley, or Denmark Street, is also a big part of Rock n' Roll lore - The Stones, Elton John and Jimi Hendrix are all connected to the area, either because they recorded there or because they wrote songs there. 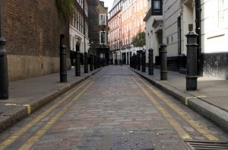 For an area as small as Soho, whose area is only one square mile, there is plenty to do and see, even though much of the music culture of the last century has changed. It is bordered by Covent Garden, Chinatown, Mayfair and Charing Cross, making it a central area surrounded by many of the city's landmarks. There are street festivals to attend and boutiques to shop in and plenty of pubs and restaurants.

If you're moving to Soho, you may be downsizing to a smaller flat, in which case, now is definitely the time to donate a lot of items to charity or sell them on eBay. You could earn enough to pay for all the boxes you will need to purchase for the remainder of your things. Now that's smart moving!. Hiring Removal Company is another great way to save money and keep your removal Soho on budget. Our Soho Movers are experienced and carefule, no matter what they are handling, whether it's your antique furniture or the dog's bed. To ensure the quickest unloading possible on the day of, be sure to reserve a parking space ahead of time. Click here for more information, then call 020 3970 0488 to schedule your removal with the best Soho Moving Company in town.

I would recommend their moving services. These guys are the most affordable in Soho.

As moving services go, the ones provided by Amazing Moves, that I used and hired for my move to Soho, were pretty much perfect. I can't rate this company highly enough.

Having their movers on board for my move meant that I was able to plan my day, get on with other important aspects of the move and leave all the hard graft in their capable hands. I was also able to get going to Soho in my own time.

Decided to go with Amazing Moves in Soho when I needed to move some things and it was great to have a man with a van that knows what they are doing. Would order again if I needed.

The company has punctual and reliable movers. They will always arrive on time. Have had them move me twice now, and have never been late, not even once. Soho is lucky to have them.

I never used a moving service before but my new apartment in Soho was up a few floors. The estimate Amazing Moves gave me was less than I anticipated. I will never move myself again!