What are You Waiting for? Move to WC1 Today with Help from Removal Company 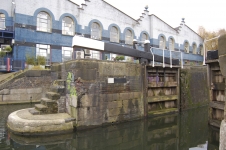 Your home removal needn't worry you in terms of hassle, time or budget. While most people have a considerable amount of anxiety when they are moving to a new home, flat or office, the struggle is not actually necessary. When you have Removal Company work with you during the entire removal process, from assessment to unpacking, you'll know that you have a trustworthy group of professionals on your side. Nothing will get left behind, nothing will get lost or damaged, and we always complete the job in at a very reasonable rate. We're quick, too!. Instead of fretting and worrying about all the work you have to do to get the house ready and your belongings packed up, just make a quick phone call to 020 3970 0488 to get your free quote today. We can help you alleviate your worries about your WC1 removal.

WC stands for Western Central, a postcode area that is sometimes called the London WC postcode area. A number of postcode districts make up this postcode area in central London. While it doesn't contain any one borough in entirety, there are sections of the Borough of Islington, the City of Westminster, the Borough of Camden and the City of London that fall within the WC postcode area. The area was split into two postcode districts - WC1 and WC2 - in 1917. Both of these districts fall into the London post town. Residents will find a number of branches of the Post Office within WC1, including High Holborn, Marchmont Street, Grays In and Russell Square. And all deliveries for both WC1 and WC2 are routed from the Western District Office, located on Rathbone Place.

The postcode districts within WC1 include: WC1A, WC1B, WC1E, WC1H, WC1N, WC1R, WC1V, and WC1X. Its boundaries on the east are Rosebery Avenue, Gray's Inn Road and Amwell Street. To the south, the boundaries include High Holdborn and New Oxford Street. Tottenham Court Road is the western boundary, and Pentonville Road and Euston Road are the northern borders. The WC1 postcode area is roughly the same as the London district of Bloomsbury, but includes areas of St Pancras, King's Cross and Holborn. You will also find Tavistock Square, Russel Square and Coram's Fields within WC1, as well as the British Museum and certain buildings of the University of London. 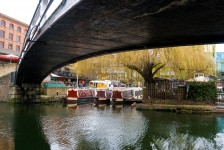 The adjacent postcode areas are SW to the southwest, W to the west, NW to the northwest, N to the northeast, EC to the east and SE to the southeast. WC1A covers New Oxford street; WC1B covers Bloomsbury and the British Museum; WC1E has a coverage area of the University College London; WC1H covers St Pancras; WC1N covers Russell Square; WC1R is the coverage area of Gray's Inn; WC1V covers High Holborn and WC1X covers Kings Cross and Finsbury West. Since it is in central London, there are plenty of restaurants, hotels, galleries and lots of office space, as well as residential areas and shops.
If you are moving into WC1, you are moving into what has been called the 2nd heart of England's capital. It is a busy area with plenty to do, but before you get there you will have plenty to do to get your removal under way. Or maybe not!. If you hire Removal Company, we will do most of the work for you, leaving you just one simple task - calling us on 020 3970 0488 to book your WC1 movers and schedule an assessment. Don't forget about parking for the move in day, however. Click here for more info from the Borough of Camden.

House removals to WC1 couldn't have gone any better for me. I want to thank this brilliant team for everything they did.

My mum decided to purchase a smaller flat located in WC1, to be closer to her children and grandchildren. Amazing Moves was tasked with handling the move. They did a fantastic job and charged a reasonable rate.

Dealing with this moving company was straightforward and communicating with Amazing Moves was effortless. I was able to find everything I needed on their website. On the day, they were always updating me regarding their whereabouts when moving my items to WC1. It was a top service.

The house removals service to WC1 was easy to book. I got just what I was after from this company.

I had to find a removals firm in WC1 and someone told me to try Amazing Moves, and I am glad that I did because I am very happy with their service.

WC1 are lucky to have such a reliable and removal firm.

Amazing Moves just helped me move to WC1. They took care in packing my house and delivered everything in perfect condition. Meticulous moving service!