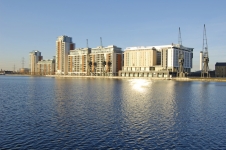 Sometimes, despite our best efforts, things don't go as planned. For your home removal, you may have scheduled every day leading up to the move, which rooms you will pack on which day and when each step of the removal would take place. But what happens if things don't go according to plan?. What happens if something comes up at work and you don't have as much time to pack as you thought?. What happens if you can't find all the packing supplies you need at reasonable prices?. And what happens if your new lease falls through or the sale of your old home is delayed?. In any of these situations, we can provide a solution, no matter how bad the outlook seems at first.

Don't have time to pack?. We'll do it for you. Need packing supplies?. We can deliver them to your door. Need to be out of the old place but can't move into the new one yet?. Our storage solutions will come to the rescue. So as you can see, whatever dilemma you face during your E16 move, our team of professional E16 movers will see you through it. Call now on 020 3970 0488 to find out more about our great services and all the solutions we can provide for your moving problems, bit or small. 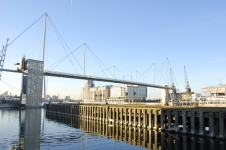 The E16 postcode district's historical name is the Victoria Docks and North Woolwich district. It is in the LONDON post town, like all E postcode districts, and covers Silvertown, North Woolwich, Canning Town, London City Airport and Custom House. It is in the Newham local authority area. The E16 is one of the four postcode districts in this are to have a river frontage, along with E1, E6 and E14. The E16 postcode district stretches along the River Thames from the Lower Lea Crossing to past Atlantis Ave. It is home to ExCeL London, a massive conference space at Royal Victoria Dock and the University of East London. You'll find plenty of Tube stops in this district to connect you with the rest of the city, as well as Thames Barrier Park and Lyle Park along the river. Newham City Farm and part of the Beckton District Park North make up the other green spaces in this district, which is along the postcode area's southern boundary.

Whether you feel confident about being able to find a place for the moving van to park or not, it is best to reserve a spot with the council on the day of. The Newham website has more information on how to contact an office regarding parking. Don't let this become one of those little problems that delays your move. Let us provide you with other tips and helpful removal services starting today by calling Removal Company on 020 3970 0488.

This removal company was able to provide me with just the service I needed in E16. They listened to my needs, didn't bug me and try to hike the costs up by providing add-on services I didn't need. I appreciated that. They were professional and transparent, and just a pleasure to deal with.

We found Amazing Moves to be a removals firm that was very customer motivated in all aspects. We expressed our concerns and they addressed them immediately, making us feel secure during our move to E16.

I banked on this moving company to deliver in E16, and they certainly did. I couldn't have been more thrilled with the service provided.

I was thrilled with the removals service that took place. Everything happened as planned. I anticipated getting to E16 being tired and stressed out. But this company ensured the process was a breeze. It all went swimmingly. There were absolutely no issues.

The house removals service delivered by Amazing Moves was professional, efficient and faultless. It was just the perfect service, one that I desperately needed.

I was happy to pass along their number. The movers did a really good job with my move, and they have lower rates than others in E16. I have recommended their services to a few of my coworkers.

Exceeded expectations, great removal firm. The relocation to E16 was easy and without stress. Thank you so much!