In Need of an N12 Moving Company? Then You're in Need on Removal Company! 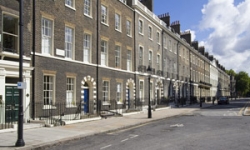 While you may wish that you could just pack up a few boxes and suitcases, load the car, and be off to your new home without the hassle of a moving van, this is probably not the case. Even students often need help with their removals. So if you have even a one-bedroom flat, you will likely need some help getting the furniture from the old place to the new one. While you may need just an N12 man with a van, you might want us to help you with the packing, the furniture wrapping, or your N12 storage needs. And that’s no problem because we offer all the removal services that will make your move an easy one. You don’t have to get them all, just what you need, which makes our company one of the most affordable around.

Find out more about getting a free quote and booking a home assessment when you call 020 3970 0488 right now. You can ask your questions over the phone, or you can contact us online, whichever you prefer. But even if you have a larger home removal on your hands, we can help you with that as well. We can provide a full moving crew and a full-size lorry, or smaller versions depending on how much stuff you have. Find out today how we can help in N12.

N12 was once called the North Finchley district, as it covers North Finchley and Woodside Park. It is in the local authority area of Barnet. Woodside Park is a suburban, residential area in the Borough of Barnet that has numerous open spaces and parks. It is also home to the RAF Museum and the Barnet Museum, as well as the Church Farmhouse Museum. One of the larges parks in the area is The Woodside Park Sports and Social Club in the northwestern part of the postcode district. North Finchley is seven miles northwest of Charing Cross and is largely a residential and shopping area. 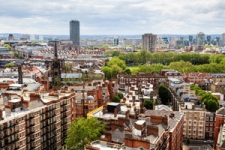 Residential parking regulations are often just as strict as those in busy city centres, so check with the Barnet council to reserve a space for your moving vehicle on the day of. If you’ve never moved before, or if it’s been quite a while, it can be quite hard to know what you will need. You may think that packing won’t be a problem, but it might turn out that you really do need some professional help. The same goes for storage and even for unpacking. So it’s good to know that there’s a moving company N21 out there that can take care of all your removal needs. 020 3970 0488.

Amazing Moves and their house moving specialists came up trumps for me at my time of need in N12. I'd recommend hiring them for anyone undergoing any type of move.

This N12 moving company did a fantastic job helping my family move into our new flat last week. The moving team was professional and very good at what they did.

I don't usually write reviews but felt obligated to after the tremendous home removals service I enjoyed at the hands of their experts in N12. It was terrific in every which way.

In terms of quality removal companies, based on my recent experience with Amazing Moves, I can't think that any company would be better. They provided terrific service, were outstanding when helping me move to N12.

Needed a moving company in N12 to help me get things moved and found this option. The movers from Amazing Moves were very friendly and helped me move quickly.

I have used their movers several times, and they are always at the top of their game. They get the job done quickly and cost less than any of the other local N12 area moving services available.

My wife booked Amazing Moves to handle our relocation to N12. Since this was a work-related move, we had to get our act together quickly. We found that this is a flexible moving company who has no issue with rescheduling. For the work we required, we also found that they offered fair, competitive rates.