Want To Arrive With Style at KT16? Contact the Top Removal Team! 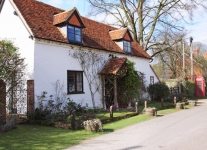 It doesn’t matter whether you want to shift a large office complex with lorry-upon-lorry loads of sensitive equipment or are looking to relocate a small, single room with a modest collection of belongings. Removal Company promises that there’s no task too large or small, simple or complex, for our dedicated and professional company. We can offer simple vehicle hire or provide the driver alongside with additional crew for loading, and even packing, of your possessions. And if you’re spare of a few boxes or tools, let us know and we will bring them with us when we come. Need something valuable or awkward moving like a piano or industrial printer?. Our team has the experience to make sure nothing gets damaged in transit. Thanks to state of the art GPS systems we can find the best possible route and ensure timely arrival at your destination. If something does go wrong we can give you peace of mind with our professional removal assessment service and a wide range of temporary storage solutions. Call now on 020 3970 0488 for a friendly chat with our customer service team and a free, no pressure quote.

Our KT16 movers don’t just know their way around Chertsey, the predominant district in that postcode. They also have local knowledge of the minor districts of Ottershaw, Longcross and Lyne that comprise the area. From a birdseye view the north and north-western border of the zone can be roughly identified as running parallel to the M3. The M25 separates Longcross, Lyne and Ottershaw, roughly two-thirds of the region, from its other third, Chertsey. Road access is therefore plentiful, meaning a simpler arrival on your day and that family and friends have no excuse not to visit you and your new neighbourhood. It also means easy road access to and from London for commuting or visiting the bustling capital, even if you prefer public transport, Chertsey train station provides a regular and reliable service. Thankfully it’s not all urbanized, a sizeable green belt divides adjoining settlements from KT16 giving the impression of a peaceful haven amidst the band of commuters.

As one of the oldest town in England the first thing you will probably notice about Chertsey is the mixture of quaint, leafy suburbs with an ethic, vibrant and metropolitan twist. Buildings like the Chertsey Bridge, Chertsey Museum (admission free), St Peter’s Hospital, Curfew House and Pyrcroft House all help retain a pre-WWII feel to the vicinity. By contrast there are a number of restaurants, pubs and bars worth visiting, each with their own distinct character and set of patrons. Little surprise then that this part of Greater London has played host to, or been visited by, a long list of notables.

Brabazon of Tara, a lord and Britain’s first officially licensed pilot lived just outside Chertsey in Longcross, Depeche Mode pop band member Vince Clarke recorded much of their album Erasure, in a recording studio adjacent to his home in Chertsey. Musician Doug Walker, drummer of The Who, Keith Moon, and lead singer Justin Hawkins of the band The Darkness have all jumped on the Chertsey music scene band wagon. Invite your acquaintances down and let the name dropping begin!.  With all the excitement of moving home just don’t forget to book your parking permit, KT16 jurisdiction is shared by the Runnymede and Spelthorne authorities. If your address falls under the former, contact their website here or, if you live in the latter area. Arrive how you mean to begin, call 020 3970 0488 today for a successful move with Removal Company. 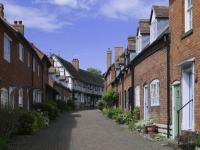 I'm not one for writing reviews, but after using the removal services of this company in KT16, I feel compelled to let others know how great they are! Everything went very smoothly on my moving day, and I would definitely recommend them to others.

. We had the majority of things already packed in boxes, and some were pretty full and heavy. Amazing Moves gave us an affordable estimate, and their workers moved everything under the time they gave us. A good experience to have overall, and they even keep things socially distant which were comforting.

I called around and received quotes from several moving companies in and around the KT16 area before hiring the movers from Amazing Moves. They not only had the best rates, but their movers were the most professional.

I was so amazed by the removal van hire recently. Everything went perfect, and they had a really great range of vans to choose from at different prices. They were able to get me booked in within a few days. It took that long for some other companies in KT16 to even get back to me with a quote!

Was looking for KT16 moving service and this option came up, I used them for a removals company and glad I went with them because it was a great result.

This moving company saved me more than a few pounds. Their rates are much cheaper than other moving services in the KT16 area. I would gladly recommend their excellent services.

Our driveway is quite difficult to manoeuvre and we have other removal companies in KT16 who had issues with it. You guys did a fantastic job. Well done.