See Yourself Settled in Your New SE8 Home, Then Call Removal Company to Make it Happen 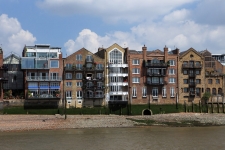 Many of us like to believe that we can do anything with just a little hard work and determination. And while that may be true for tough challenges like a road race or a new project at work or even home improvements, it does not always apply to home or office removals. While it is possible to move without hiring an SE8 moving company, think hard about whether you really want to put yourself and your family through that ordeal. If you are single and are moving a one-bedroom flat without much furniture, a self-removal makes a lot more sense than if you have children and a three-bedroom house, for example. Take the time to find out what will be involved in your removal - packing, SE8 storage, acquiring the packing materials, clearing out unwanted items, possible repairs and remodeling to the new place, and more. A removal assessment from Removal Company can really help you make this decision by providing you with all sorts of helpful information.

Call us on 020 3970 0488 for your free quote and to ask any questions you may have, or email us anytime. You can also use our helpful online quote tool and our SE8 removal checklist, but those things can't help you life boxes. For that, you'll need the best SE8 movers around - us!.

The London SE postcode area, also known as the SE or the South Eastern postcode area covers part London's south east region. The London Boroughs of Greenwich, Southwark and Lewisham are almost completely within this postcode area, and some of the London Boroughs of Lambeth, Bromley and Bexley are also represented by the 30 postcode districts. Those districts, all of which are in the LONDON post town, are labeled SE1 through SE28, as well as SE1P and SE99, the two non-geographic postcode districts serving high-volume businesses. SE99 is located in SE1 through SE22 and SE1P is located in SE1. A number of the SE postcode districts are along the River Thames, including SE1, SE2, SE7, SE8, SE10, SE11, SE16 and SE18. The postcode area is surrounded by the London E, Ilford (IG), Romford (RM), Dartford (DA), Bromley (BR), Croydon (CR), London SW, London WC, and London EC postcode areas, clockwise from the north. 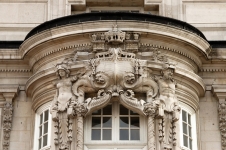 The SE8 postcode district is one of those which fronts the River Thames. SE16 is across its western boundary and SE10 is to the east. It is quite a small postcode district geographically, but has a number of small parks within it, such as Deptford Park, Folkestone Gardens, Pepys Park and Sayes Court Park. It has plenty of Tube and rail stations for people who want to live away from downtown London, but still have access to the city centre. It lies on the south bank of the Thames River across from Isle of Dogs and is an easy commute to Canary Wharf, an area of London where hundreds of thousands of people are employed. While the area is largely residential and commercial, there are plenty of options for entertainment and dining out that one can take advantage of. The SE8 postcode district was once called the Deptford district as it covers Deptford and Evelyn. It lies within three local authority areas - Lewisham, Greenwich and Southwark, which you should look to regarding street parking for your moving van.

Once you have determined the services that are right for your budget and your removal, all you need to do is schedule your moving day with us. Call 020 3970 0488 in order to do so now and get a free quote while you're at it.

The office removals job in SE8 was handled professionally by their experts. It proved to be cost-effective too. It was a job well done.

SE8 moving companies may be a dime a dozen, but these guys are the only ones with reasonable rates. The movers are fab, and they get the job done fairly quickly.

I hired Amazing Moves for my move to SE8 and couldn't have enjoyed a better domestic removals service. Everything was spot on. They conducted themselves professionally and ensured the day was to my liking.

From the customer service team I spoke to over the phone, to the drivers who transported my possessions to SE8, everyone I spoke to from this moving company was mightily professional, hard-working and just a pleasure to deal with.

As removal companies go, the service provided by Amazing Moves was pretty much perfect. It was a stressful time for me during the move, and all I wanted out of the company I booked with was for them to take charge and provide a hassle-free service. That's certainly what I got with this company. I enjoyed a stress-free service, all thanks to their expert team. It's no exaggeration to say that I wouldn't have been able to manage without them.

I hired this SE8 moving service due to their relatively low rates. They have a lovely team of professional movers. They did a great job; I would hire them again.

Perhaps the most professional moving staff out there--especially in SE8. I've utilised both their man and van and full removal service. Can't fault them. Affordable and hardworking crews.