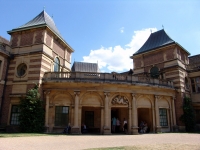 Who to call?. Removal Company, of course. When you buy clothing, you wouldn't pay for it if it was ripped and stained, would you?. Likewise with food - you don't buy food that is spoilt or in containers that have been tampered with, right?. So why would you hire a removal company whose vehicles are not well maintained, or whose crew is unprofessional?. Why would you pay for a moving crew if they were not experts at packing and loading and safely transporting your belongings. Many people, in an effort to save money, skimp when it comes to the removal firm and moving supplies, and end up with sub-par services and poor quality boxes. Don't let that be you!. While our rates our low, our standard of services is certainly not. We pay attention to every detail so that you don't need to worry about whether the tape is strong enough or the furniture has been properly wrapped. When you hire Removal Company for your SE9 home or office removal, you will know that those details have been taken care of by our team of expert movers and professionals.

When you ring us on 020 3970 0488 you will not only be able to speak to a real person about the specifics of your removal, but you will be able to get a free estimate that you can build your moving budget upon. Go ahead, go for the best!.
The London SE postcode area, also known as the South Eastern postcode area is a collection of 30 postcode districts that cover a part of southeast London. Its boundaries correspond roughly to those of the Lewisham, Greenwich and Southwark boroughs, but it also includes some of the London Boroughs of Lambeth, Bexley and Bromley as well. Mail for this large and densely populated area is processed at the Croydon Mail Centre, which is located on Beddington Farm Road in Croydon. The SE postcode area was once the SE district, which originated in 1857. It got a bit larger when the S postcode district was done away with in 1868 and some of its area absorbed by the SE district. Then, in 1917, came the alphanumeric districts that are today part of London postal addresses.

The districts are numbered SE1 through SE28 and there are two non-geographic postcode districts, SE1P and SE99, as well. The SE9 postcode district is in the postcode area's southeastern corner and is its largest geographically. It is not as densely populated as some of the postcode districts closer to central London. Its coverage area includes Eltham, New Eltham, and Mottingham, and parts of Falconwood, Chinbrook, Kidbrooke, Shooter's Hill, and Longlands. It has four local authority areas - Bromley, Bexley, Lewisham and Greenwich. Before your moving day, contact the one the council in which you live to find out about parking restrictions and how to reserve a space for the moving vehicle. This will save you a lot of hassle on the day of and keep things moving smoothly. Click on the above link, depending on where your address is located. 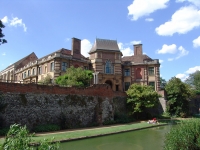 You'll find a number of parks and recreation areas in SE9 to enjoy, including Avery Hill Park, the Royal Blackheath Golf Club, and Mottingham Sports Ground, among many others. This is also where the University of Greenwich's Avery Hill Campus can be found and the Cray Valley PM Football Club. Now that you've chosen the best place for you and your family to live in southeast London, choose the best removal company to get you there - ours!.

I was moving a pretty long way to SE9. This removal company still gave me a great quote. They assured me they'd be able to handle everything. They weren't wrong, did a brilliant job on the day.

I finally got my roommate to move out of my flat! She rented a place nearby and hired these movers to help out. They were fantastic.

I was after low-cost removals in SE9 and Amazing Moves provided me with the perfect service. I want to say a massive thanks to all involved.

The house removals service was professionally carried out. I can't fault any aspect of the move to SE9.

My home removals job went by without a hitch and it's all thanks to the expert team I had the pleasure of working with from Amazing Moves. From the moment I first spoke to their advisors, and then when the team showed up on the day, I just knew I'd made the right choice. The guys didn't disappoint. They were swift and professional throughout, minimised any sense of hassle on my part. I'll definitely be using them again.

Many of SE9 moving companies I contacted were unable to send out a moving crew on short notice. My mum recently got diagnosed with an aggressive form of cancer, and I wanted to be by her side as soon as possible. After, explaining my situation to the lovely people at Amazing Moves they agreed to send their movers out the very same day. These guys are amazing. They were such a great help.