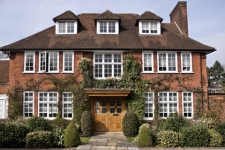 Our goal is to have as many moving success stories as possible. That's why we pay such close attention to the details of each and every removal we do, including yours. Details such as furniture disassembly, packing labels and following the moving plan and the layout of your new home are crucial for us to succeed. Disassembling the larger or awkwardly shaped pieces of furniture is important to take up the least amount of space in the moving vehicle or storage unit as possible. This is one of the ways in which we help to save you money. It can also protect your furniture, since individual pieces can be better wrapped for transport. Labeling each cardboard box as we do your packing for you is also important because whether or not we also help you with the unpacking, knowing the contents of each box will make the process much quicker. A moving plan is one of the most important documents related to your removal, as it tells the movers SW19 which items go where, so you don't have to be everywhere at once.

Realising that Removal Company is the moving company SW19 for you is a matter of calling to get your free quote and the answers to your questions now. So don't wait a minute longer, your successful SW19 move is within reach.

The London SW postcode area is also known as the South Western and Battersea postcode area. It is quite a large one, containing 28 postcodes in the London Boroughs of Wandsorth, Merton, Lambeth, Hammersmith and Fulham, Croydon, and Richmond upon Thames as well as the City of Westminster and the Royal Borough of Kensington and Chelsea. Many of the sub-districts of the SW1 postcode district cover some of the most important buildings and institutions of British government, such as the House of Commons, the House of Lords, 10 Downing Street, and Buckingham Palace. The area is made up of two main regions: the South Western, which contains the districts numbered SW1 through SW10; and the Battersea, which contains the SW11 through SW20 postcode districts. 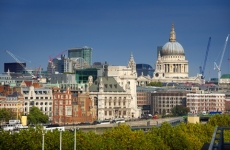 The SW19 postcode district, therefore, is in the Battersea district. It is in the LONDON post town, like all SW postcode districts and was once called the Wimbledon district because it covers Wimbledon, Colliers Wood, Merton Park, North Morden and Southfields. Its two local authority areas are Merton and Wandsworth. Depending on which council your new home or office is located in, you will need to contact one of the above boroughs (click on the appropriate link) to find out how to reserve a parking space for the moving van. Even on the weekends there can be strict regulations about parking oversized vehicles on the street, plus it will help our movers to unload if the spot is right in front of your door.

The SW19 postcode district is quite large and contains a lot of green and open space, including the Wimbledon Park Golf Club, The London Scottish Golf Course, Wimbledon Common and Cannizaro Park. There are also smaller parks such as Putney Heath and South Park Gardens. Aside from playing sports, you can also learn about them at the Wimbledon Lawn Tennis Museum in Wimbledon Park. And for entertainment, head to the New Wimbledon Theatre. While you may be leaving the city for more open spaces, the SW19 postcode district is still within reach of central London, which is part of why it is such a popular place to live. Make your move there a successful one by giving us a call on 020 3970 0488 today.

Efficient and capable movers helped me to traverse the miles from SW19 to my new home.

We were in the middle of planning a long-distance move from SW19. The removals firm helped to coordinate the move, so we wanted to be certain we had all the cards on the table. I truly believe, that if it were not for this company, we would have been lost. Thanks so much.

What can I say about Amazing Moves? They are an outstanding moving company and can be found in SW19. This moving company is the best I have ever seen.

I was thrilled with how all the different aspects of the home removals job came together. This company made it all happen, managed it brilliantly so that I didn't have to worry about a thing. I was worry-free for the duration of my move to SW19.

This is probably the best removal service that my SW19 company has worked with. The team is fantastic and they never fail to do a great job. They also offer some of the cheapest rates in the business and that doesn't hurt of course.

I had a good experience with Amazing Moves in SW19. They took their time and made sure all of my items were well packed. I experienced no damage at all. I would recommend these movers.

From the very start this removals firm proved to me that I had made the right choice. Their rates were good, and their workers were outstanding! They made the move to my new flat in SW19 a smooth and efficient one.