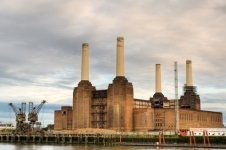 Sometimes cutting corners is a good thing. If you can find a way to do a task more efficiently, then by all means, it's worth it. But in the removal business, cutting corners is nearly always a bad thing. Lots can go wrong during a removal, whether it is within London, to somewhere else in the UK or to somewhere else in Europe. A Removal Company, we never cut corners. Cutting corners can lead to broken, damaged or scratched items, or damage to the interior of the home or office. But aside from being a lazy practice, one which, unfortunately, many service providers rely on, it can also be very dangerous. By not paying attention to all the details, someone could get hurt. But when you hire us as your SW1P movers, you won't need to worry about a thing because we make sure all the details are covered and everything is done safely.

Safety is also a key word when it comes to our storage solutions. If you choose us for your SW1P storage needs, you'll know that your things are secure and that our team never stops working vigilantly for you. Vigilance is important during any removal, and we employ it at every step of the way to keep your things from getting lost or broken and to keep everyone safe. If you're looking for a job well done for your home or office removal SW1P. you're looking for us!. Call now on 020 3970 0488.
Southwest London is a large place. There are a number of postcode areas, but the main one is the London SW postcode area, aka the South Western and Battersea postcode area. There are 28 districts within it, some of which are quite small due to the high density of the population. The districts in the South Western postal district number SW1 through SW10, including the eight sub-districts of the SW1 district. The rest of the postcode districts, SW11 through SW20 are part of the old Battersea postcode district. There is also one non-geographic postcode district, SW99, which is located within the SW3 district. The postcode area was designated in 1857 with the other original London postcode areas. While its borders changed slightly in 1868 when the S district was dissolved, its major change came when it was divided into districts in 1917. Those districts were given alphanumeric identities, which we now know as part of the postal addresses.

The SW1P postcode district is one of the eight SW1 sub-districts. It covers the tiny triangular area between the Houses of Parliament, Victoria Station and Vauxhall Bridge. It also covers a small part of Pimlico in the east. All the SW postcode districts are in the LONODN post town. This one is in the Westminster local authority area, along with SW1A, SW1E, SW1H, SW1V, SW1W, SW1X, and SW1Y. To the east of the district is the Victoria Embankment along the River Thames, to the north is the A302, or Victoria St, and the southwest boundary is created by Vauxhall Bridge Rd. It is home to the famous Jewel Tower and Westminster Cathedral, two very popular stops for London tourists. 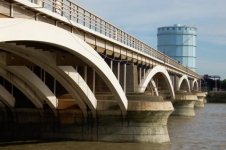 Parking, especially for an oversized vehicle like a moving van, is quite a challenge in this part of the city, even on the weekend. It's best to view the City of Westminster's website to find out about reserving a space, if possible, ahead of time. And remember, we aren't just a good moving company, we're a great moving company!.

This moving company knows its stuff! They're an all around great bunch of guys that did their best loading my belongings up and hauling them to SW1P. They are my be all and end all when it comes to transporting my possessions.

The move to SW1P was scheduled for the weekend. When they arrived, we found the removals staff to be hardworking and fast.

I know about this moving company that is located on the SW1P side of town. This company provides moving services to anyone within the city. They are very helpful and courteous.

Their house moving specialists provided top-notch service. The service was solid and helped me out a great deal during my move to SW1P. I'm sure things would've been different if it hadn't had been for Amazing Moves and their expert help.

The office relocation team from Amazing Moves did a fabulous job. I moved without issue, without any dramas. It was just the type of service my business needed during such a time.

These movers were nice and careful with our furniture. Should we move from SW1P in the future (I hope not!) we will contact them again.

We booked this removals firm simply on word of mouth. The service I received was outstanding! They had everything under control so our move to SW1P was quick and simple.