When it Comes to Your SW8 Removal, DO Sweat the Small Stuff 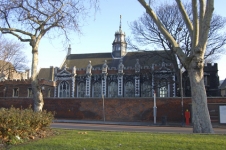 That old saying, ‘don't sweat the small things in life' does not apply to a home or office removal, to be sure. There are certain times when it pays to be detail oriented and to get caught up on the small things and moving is one of them. That's because during a time of upheaval and transition, the bigger picture is always the clearer one: how many rooms you are moving, whether the furniture will fit into the moving van; what colour to paint the walls in the new place, and so on. But those larger questions could draw your focus away from some of the smaller details, which are quite important to a successful removal. What are those small details?. For example, doing a clear out prior to hiring the movers is one. Using the right boxes for particular items is another. And keeping your important documents separate from the things that will go on the lorry, and packing a box or bag of essentials to have with you at all times are ways to make the move better for everyone.

We've got plenty of tips and hints listed on our website - free!. But we also have experts who can do your packing for you, conduct the transport and take care of your storage needs. When it comes to your SW8 move, rely on Removal Company for the big stuff, so you can worry about the small things. Call now on 020 3970 0488 to get your free quote. 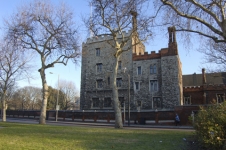 The SW8 postcode district, in the South Western district, was once known as the South Lambeth district. It is in the Wandsworth and Lambeth local authority areas and covers South Lambeth, Vauxhall, Wandsworth Road, the NW section of Stockwell, and parts of Battersea and Clapham. Directly to the west of the district s Battersea Park, which is across the River Thames from the Chelsea Embankment. Lambeth College can be found here, as well as Larkhal Park. Transport to other parts of Greater London and beyond can be found at the Vauxhall Tube Station or the Vauxhall rail station, both of which are in the northeastern corner of the postcode district. While there are no large green spaces within this relatively small postcode district, Clapham Common is just to the south and Battersea Park is also nearby. Both feature ponds and plenty of open space, even in this densely populated part of the city.

To reserve a parking spot for the day of your removal - an important step - contact your local council. More information can be found on the Wandsworth and Lambeth websites about ensuring that your moving vehicle is parked legally and that you have a place right out front for as long as you need it. For other great tips and hints, browse our sight. And for a free quote, just call 020 3970 0488

They constantly keeping me updated on the status of the move to SW8 scored big for me. Not to mention, they are an affordable home moving company.

Even though our new flat in SW8 was perfect for our family, the mere thought of having to transplant everything to the new location was mind-numbing. I'm not an organized person, so I am grateful for the staff with this removals firm. They understood my dilemma and stepped up to the plate to address it. Now, we are all settled in our new flat, thanks to them.

You can use the services of a man and van for small moves to SW8. I did. This type of set up if perfect for when you only have to transport a small number of things to your new location.

I'd like to give their movers a big thumbs up. Without them on the job, my move to SW8 would've been a very stressful ordeal.

The man and van team from Amazing Moves pulled out all the stops to ensure my move progressed smoothly and without issue. It resulted in it being a great, stress-free service.

[COMPANY NAME] handled our move to SW8 wonderfully. Despite a long journey, there was not a single scratch, ding or dent. Thank you!

Their home removals staff was prompt, professional and consistent. Move to SW8 was smooth.